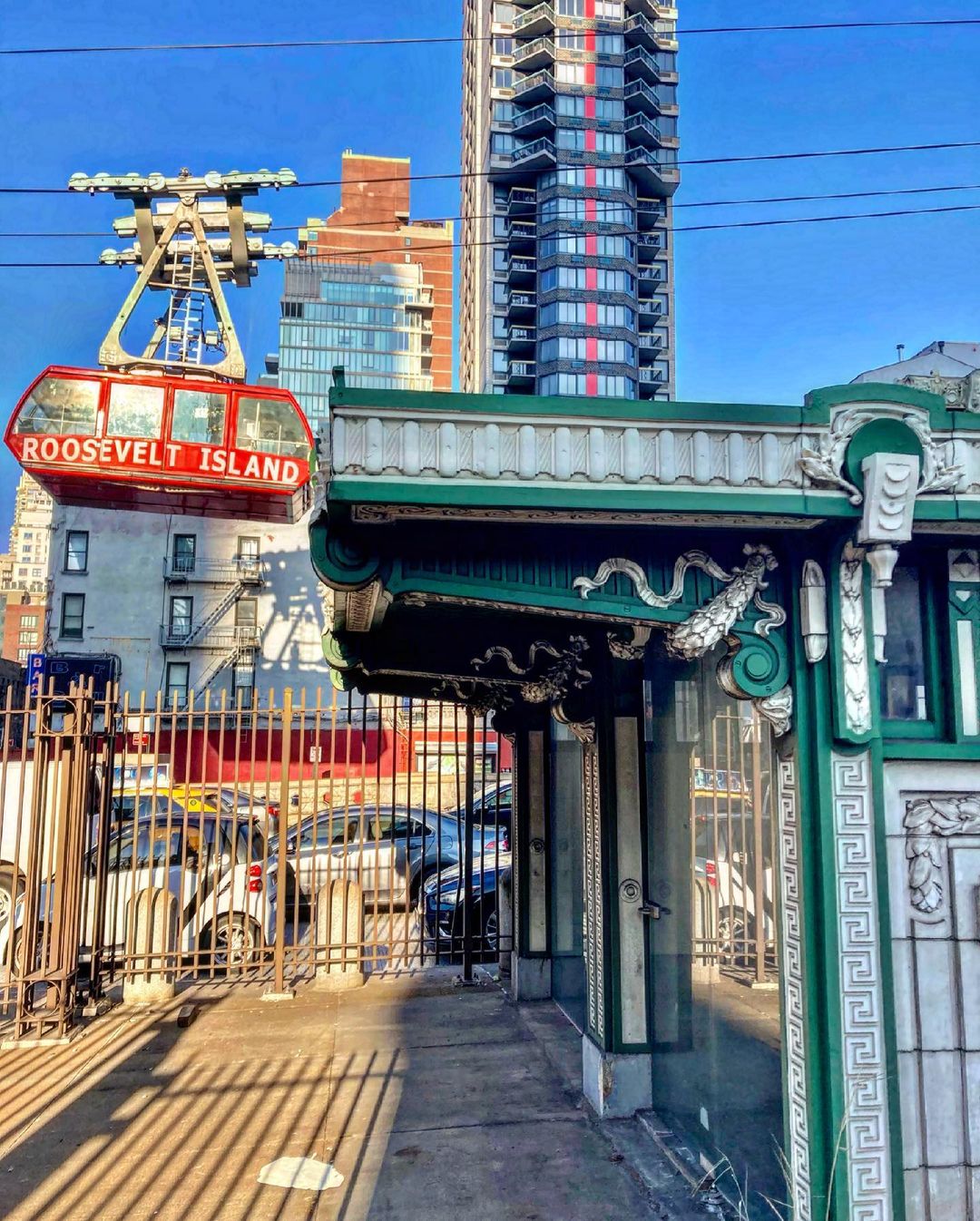 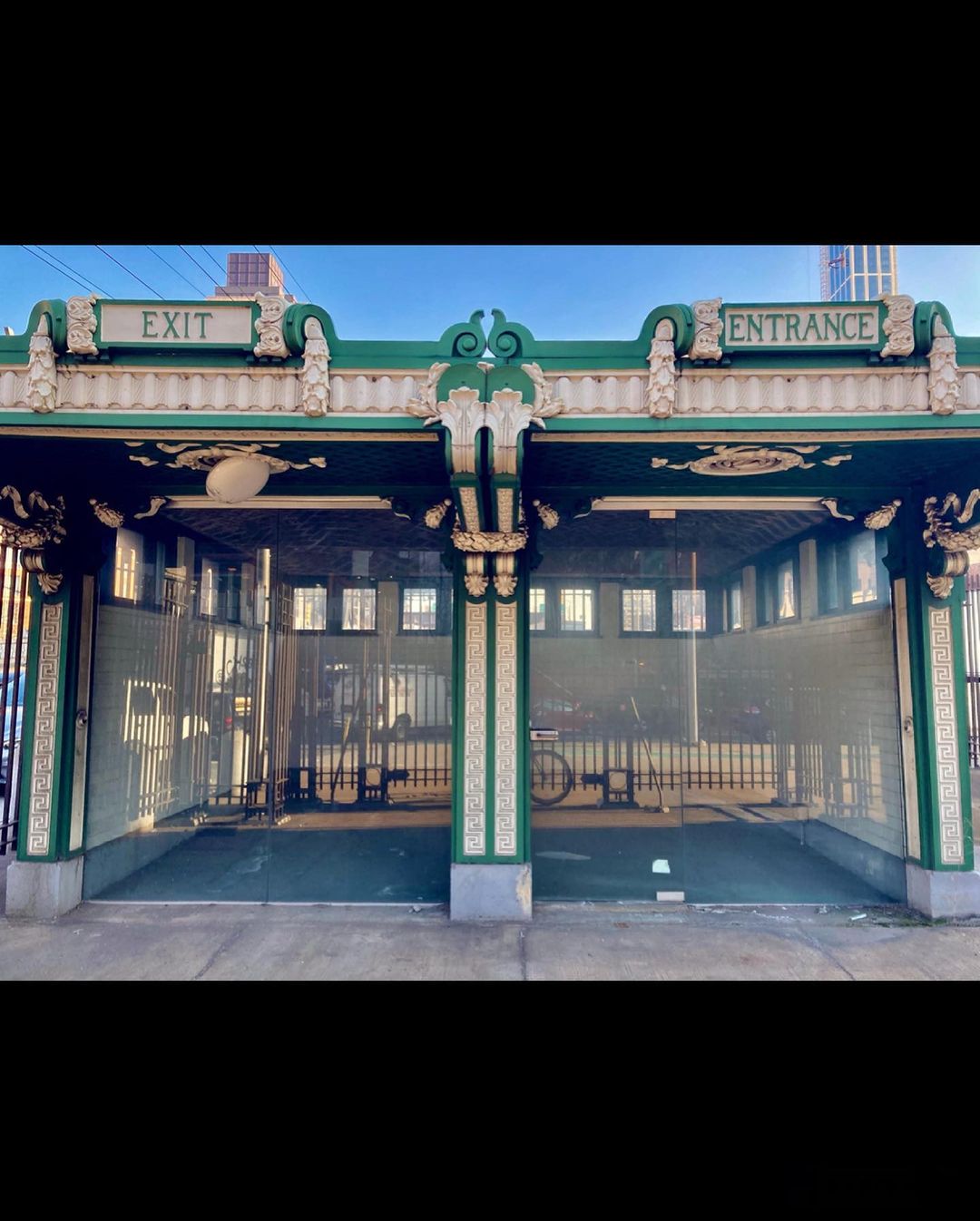 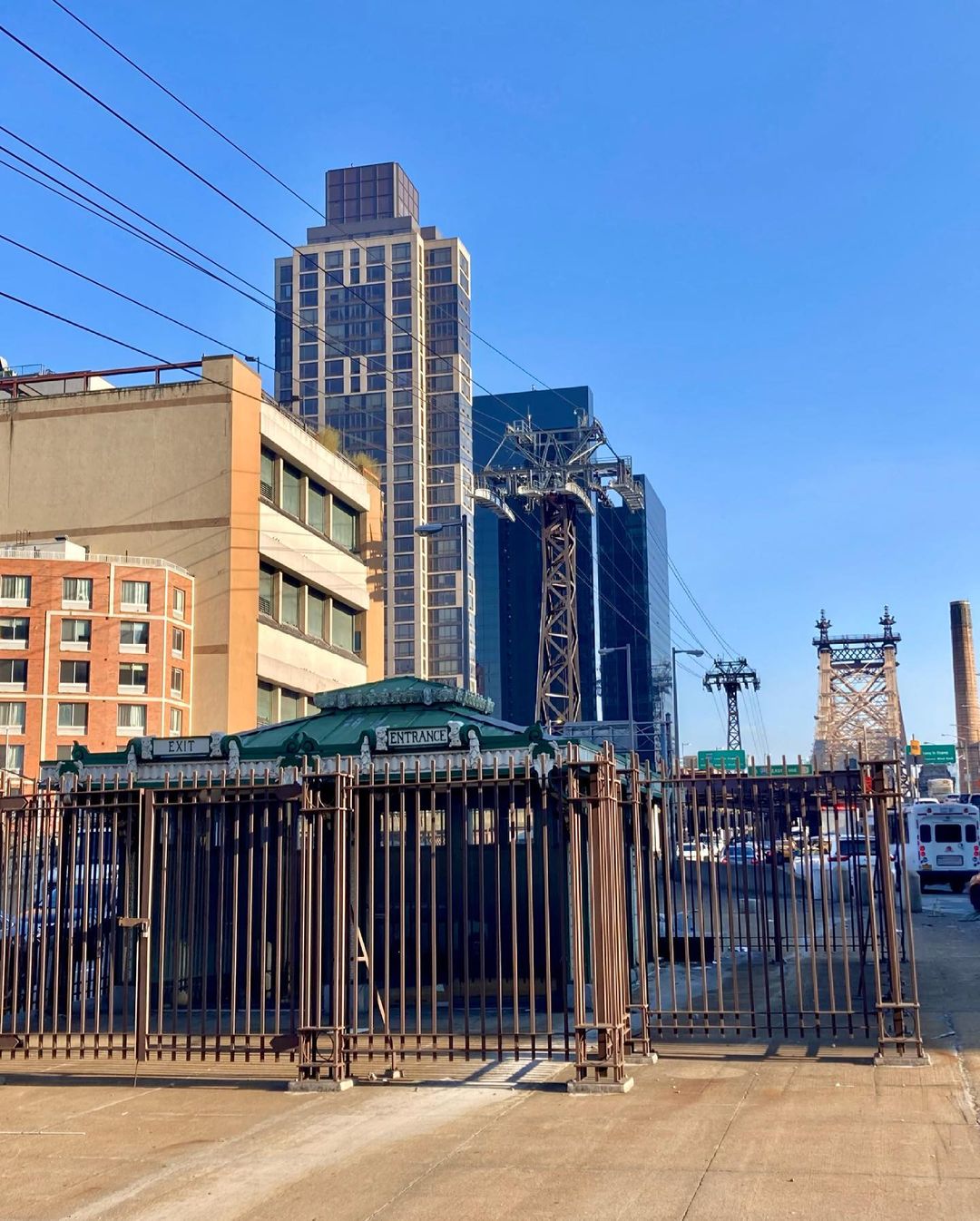 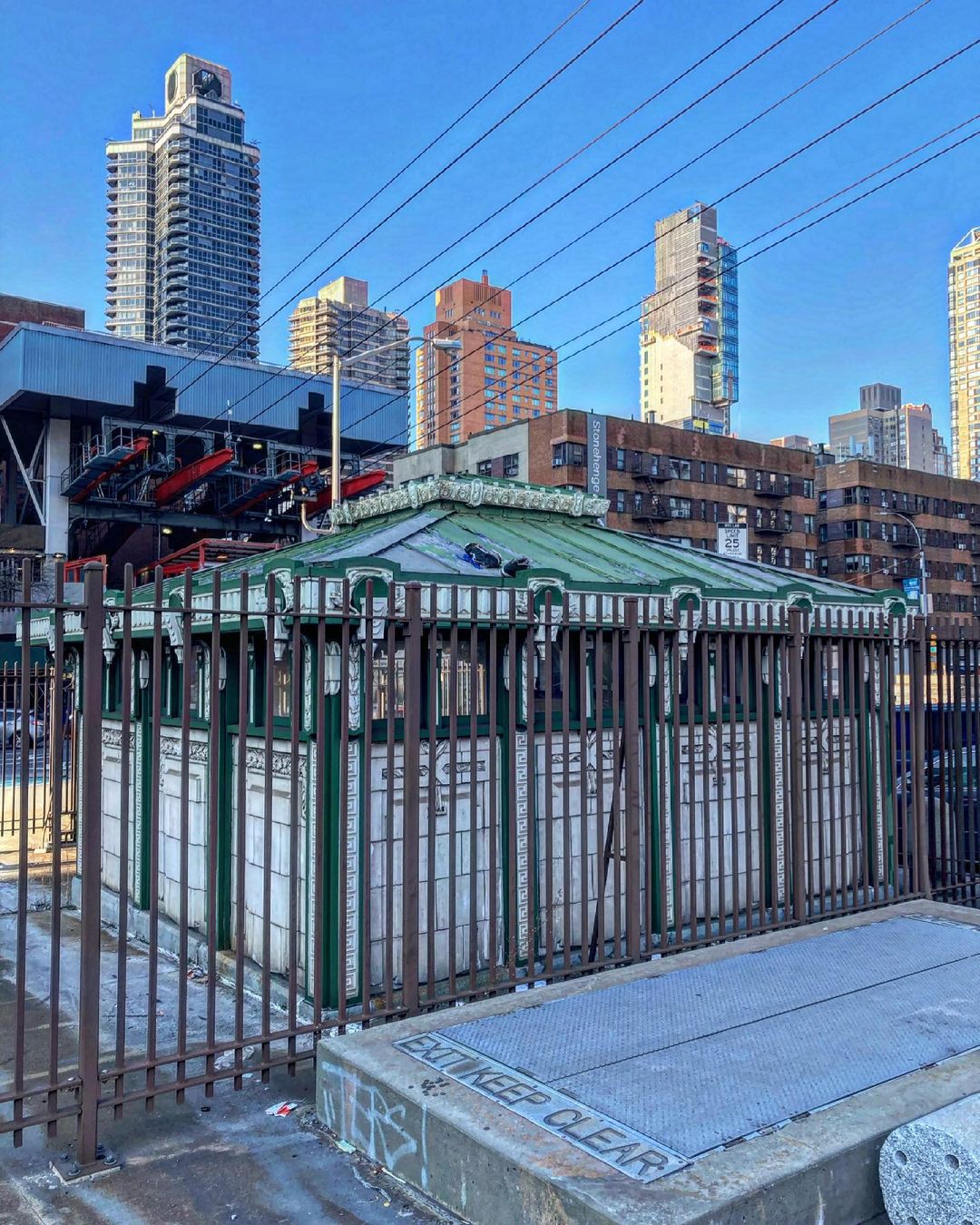 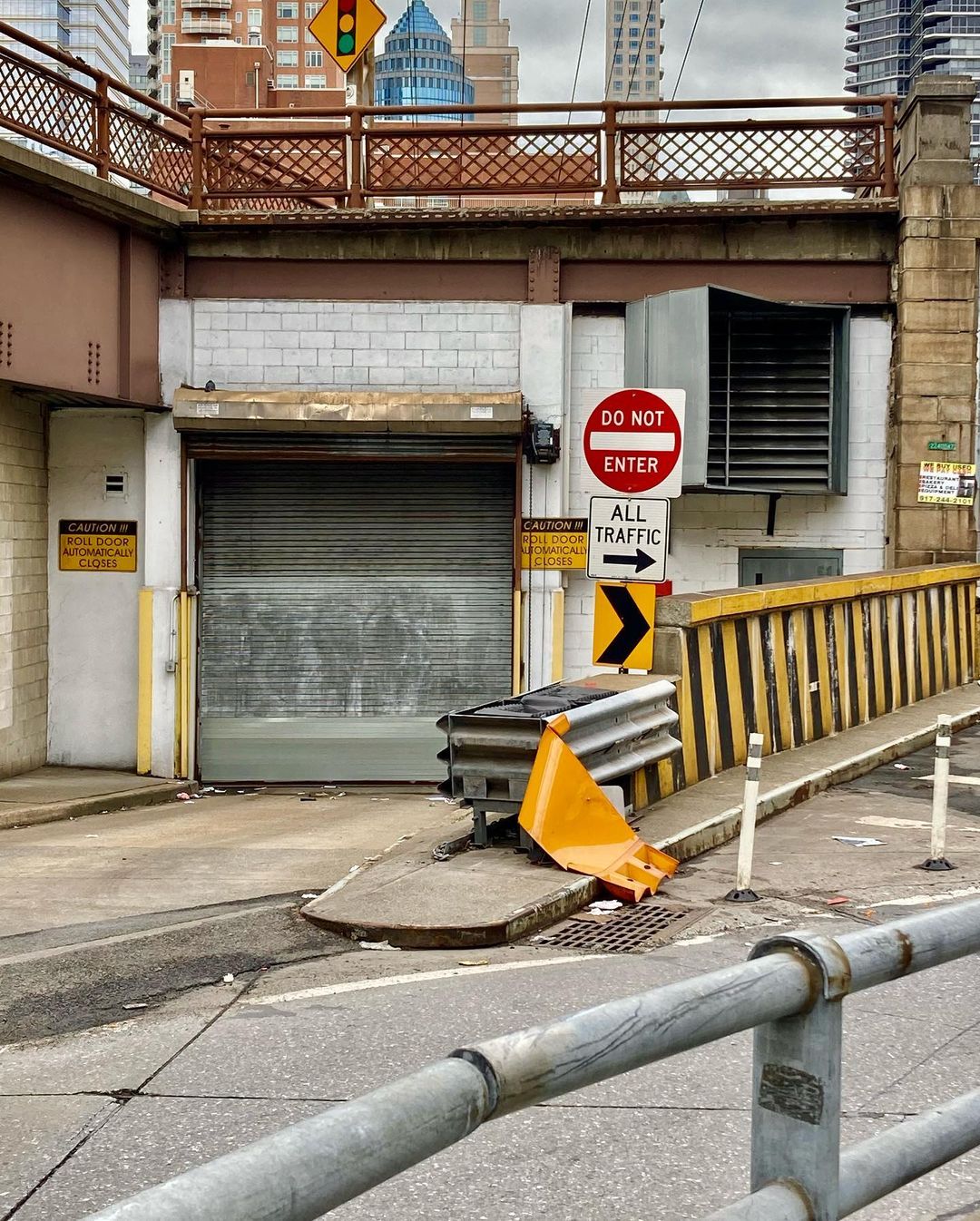 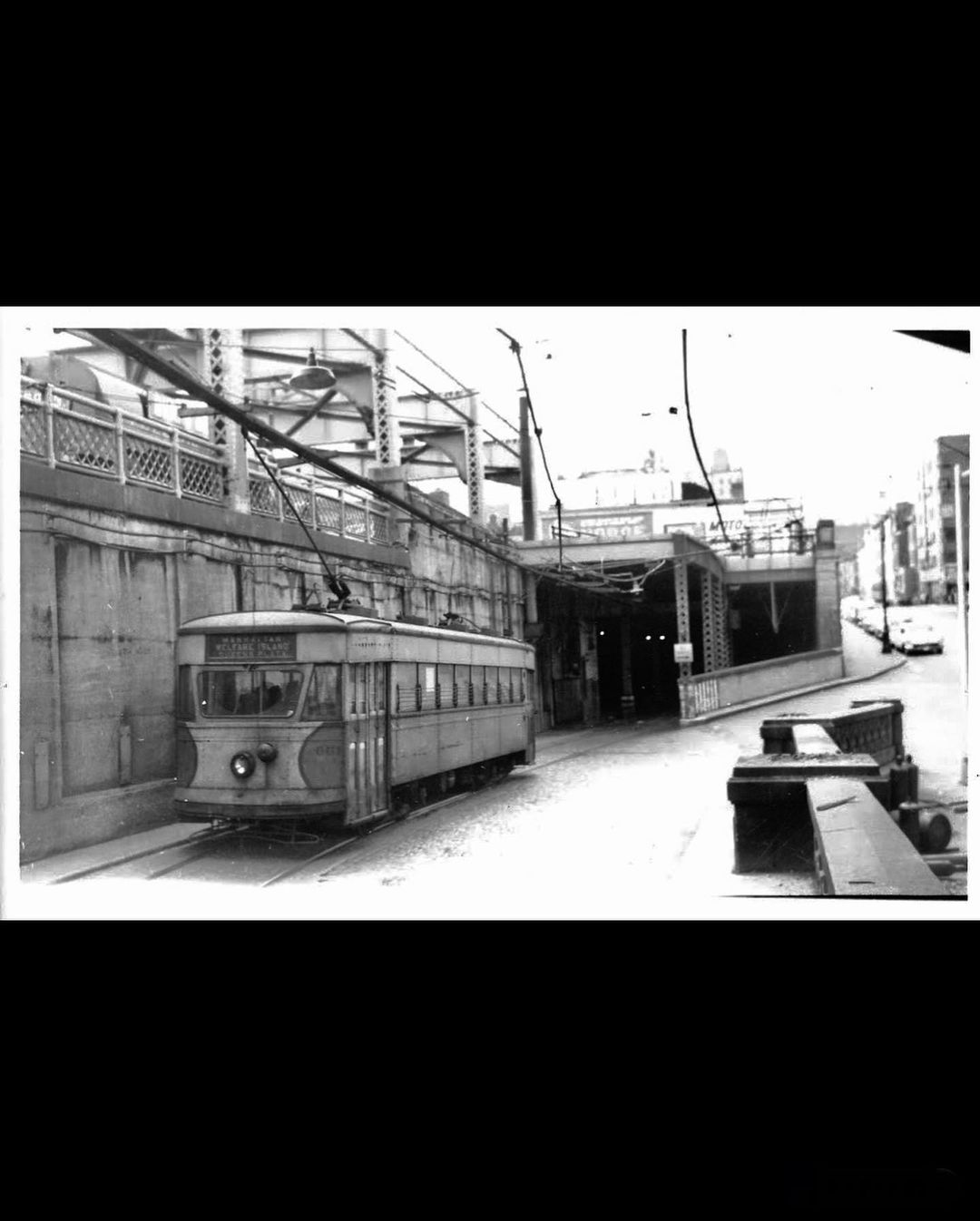 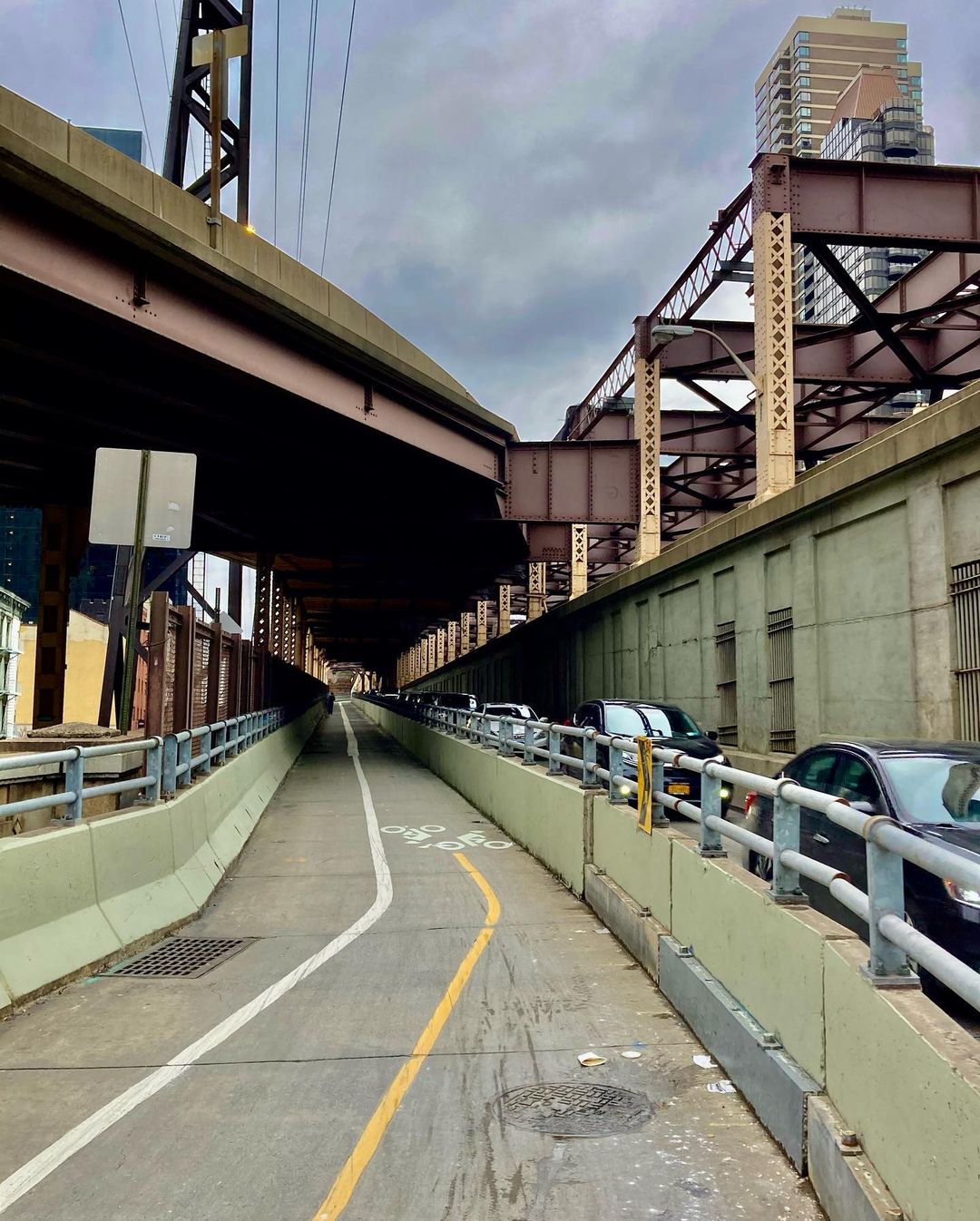 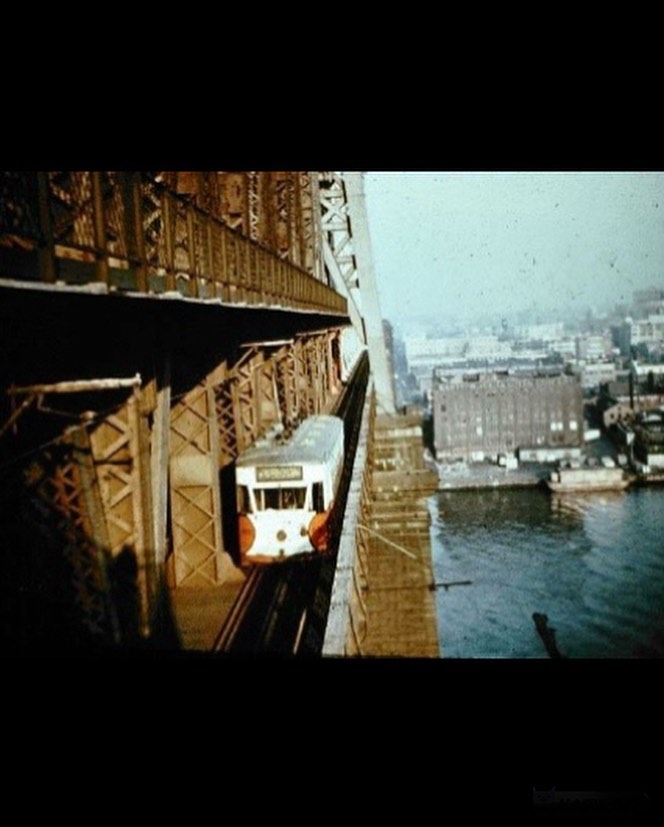 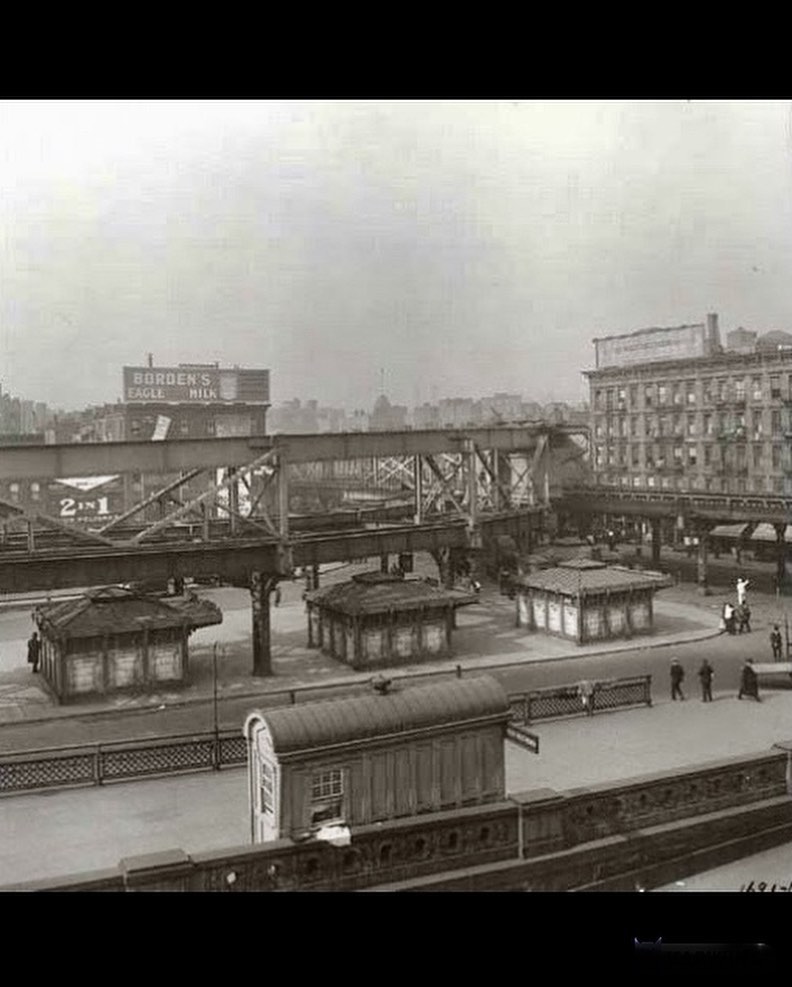 (Abandoned Trolley Station – Queensboro Bridge) Years ago, the Brooklyn Bridge used to have a trolley that ran over the bridge. The same holds true for the Queensboro Bridge. Trolleys used to run over the bridge from Queensplaza to 2nd Ave in Manhattan. This also was once the only way to get to Roosevelt Island (then Welfare Island). Today, all that remains is an abandoned station at 2nd Ave. With constant traffic exiting and entering the bridge, it’s easy to miss (rather it’s easily “unseen”).

The Queensboro Bridge was built in 1909 and that same year trolley service started on the span. The trolley cars mostly ran on the outer edges of the bridge where the pedestrian/bike path is now (pics 8,9). It went underground where the traffic comes off the bridge on the Manhattan side (pics 6,7). The service continued until 1957. It was the last trolley line in NYC. By that time, most trolley lines had long ceased. The primary reason the bridge trolley was kept open that long was because the Welfare Island stop at the middle of the bridge was the only way to get to the island (now Roosevelt Island) via an elevator from the bridge. The vehicular Welfare Island Bridge from Queens, completed in 1955, allowed greater access.

There were once 5 entrance/exit kiosks (pic 10) made of beautiful Beaux-Arts terra cotta with colored ornate tiles. They used to all stand at E 60th/2nd Ave right across from where the current Roosevelt Island Tramway station is. The kiosks served the passengers with stairways that descended below to the waiting trolleys at an underground loop. When the trolleys ceased operations, 3 kiosks were demolished, one is now the Roosevelt Is. Historical Society’s visitor center and the other is what you see today in Manhattan at its original location, now on a no-man’s land traffic island.

The underground space is now garage space for city vehicles, but entrance/exit signs remain on the kiosk with a fresh coat of green and white paint. It almost looks like it could be used again, yet if you look closer, the former stairway has been cemented over. That’s concrete evidence it won’t run again.
.
📸7 Roosevelt Island Historical Society, 📸9,10 unknown