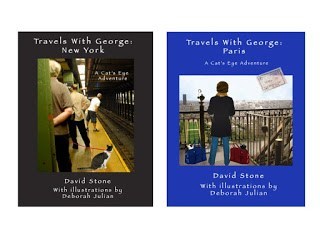 Does everyone grow up, knowing exactly what they want to do, watching it emerge out of childhood and take form?

I did, but that’s all retrospective. I look back on it now, and it’s as odd as it is clear. Odd because not one other person in the world out of the thousands I’ve met wanted the same thing. It put me on strange journey and one I’ve enjoyed more than anything I imagined.

By the time I turned sixteen, I had a notebook of poems on the floor under my bed. Unfortunately, my sister tossed them when I was away on one of my teenage escapades.

But my love for words as tools started earlier. I noticed it first when I was in the fifth grade in a Binghamton public school.

I wasn’t a good student, but I remember this first essay about people living on the moon — a decade before the first lunar landing. Not only was it a rare burst of enthusiasm breaking through the tedium, it was a hit.

My teacher, Mrs. Kenyon, made only a single correction. My use of the word “inhabitants” was too much for my age, and it was my first lesson in learning to write simply, like conversation. It also explains my hatred for James Fenimore Cooper and a lot of the other pleasure-crushing density we were then forced to read in school.

My teacher liked my writing so much that, later, she assigned me to read another essay, this one on sassafrass trees, to a sixth grade class.

Novels started early too. My first, scratched out on lined, school paper, featured an interracial romance, but in a million years, I can’t tell you were that idea came from. Certainly not from experience, but race relations were a hot topic then, the early Sixties. Maybe I absorbed something.

And, sneakily, when I was sixteen, journalism popped up. It was unexpected because a recruiter suggested it when I considered joining the Navy in 1965. Whoever thought sailors wrote newspapers?

A little later, my admiration for Tom Cawley, a columnist for the Binghamton Press surfaced, and after we met, he wrote a three part series that started with me. He thoughtfully, evenhandedly covered my commitment to resisting the Vietnam War and the hideous draft that went with it.

All of them — poetry, fiction, articles and journalism — fill up my professional life now. And it’s not as if there’s never been competition. From making a lot of money in technology sales to not much working with vocationally challenged adults, I’ve gained tons of experience and met countless unforgettable people.

But it’s writing, working with words, that came first. And never went away.

By the time I was 20, I’d read and loved a lot of e. e. cummings, Ezra Pound, Robert Frost, Carl Sandberg and many others, but out of all that, this line, not one from any poem, was the phrase I wanted to live with.

It didn’t say, “Never give up,” the standard prescription for success.

A lesson learned countless times, brokenhearted, out of money, betrayed, stuck with unhappy choices. But you have to get on with it.

Do your best, take the risks and enjoy the pleasures. The pleasures are far more numerous, as it turns out.

The consistent thing, throughout my life, from my first aborted teenage novels and poems, is words. Words put together make sentences, verses, paragraphs, stories and revelations.

Words, kept me sane and organized. They taught that they were nothing more than symbols, and symbols are conceptual, imaginary, dynamic. They are never real things but, for many, as close as they will ever get.

We’ve Got A New Novel…

You can find all of my books and Kindle short stories on my Author Page. Every one includes a Read Inside feature. Look around. Maybe something will ring a bell.

Try a sample chapter: Lucky To Have Her

My most ambitious projects were always novels. In a novel, even though you hook into a world you know, you’re creating a universe in the mind of your reader.

That’s exciting because you go there too.

Here are a few favorites….