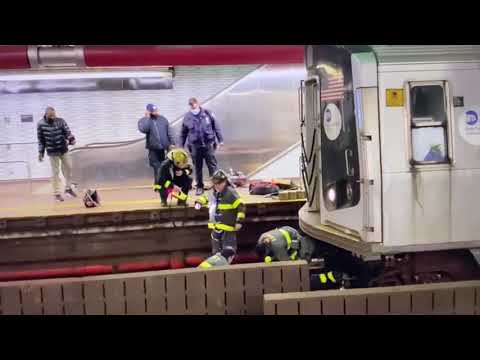 This morning, a man fell from the Roosevelt Island F Train subway station platform onto the Tracks.

There is no F service between 57 St and 21 St-Queensbridge in either direction while emergency teams respond to a person who fell onto the tracks at Roosevelt Island.

F trains are running on the M line between 47-50 Sts-Rockefeller Ctr and 36 St in both directions. pic.twitter.com/kZyQUE8Zh1

According to a MTA spokesperson:

Units responded to 449 main st/Roosevelt Island for a report of a trauma/man under train at 09:53 .Power was shut off and victim was removed from the track.

The cause of man falling onto tracks is unknown at this time.

When asked this afternoon, the NYPD had no record of the incident.