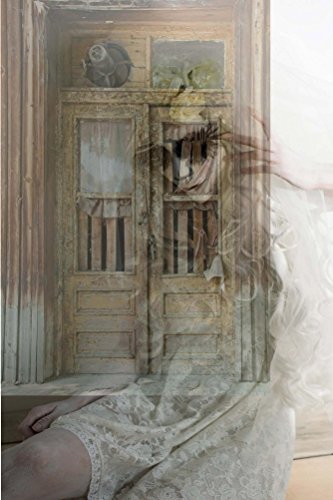 Home » MEDICARE FOR ALL COULD SAVE MY LIFE

My insurance says my cancer drugs aren’t “medically necessary.” No one should have to fight for care like this.

I recently joined Reps. Pramila Jayapal (D-WA) and Debbie Dingell (D-MI) as they introduced the Medicare for All Act of 2021 in Congress. For me and millions of Americans, this bill’s passage would not only be life-changing — it could be life-saving.

In 2010, I was diagnosed with multiple myeloma, an incurable blood cancer that affects the bone marrow and makes it harder for my body to fight infections. Before I was diagnosed, I was an average 30-something guy who went to the gym and ate right. Today, after 11 years with this disease, I’m still fighting for my life.

I’m fortunate to have amazing doctors and nurses who are doing everything they can to make sure I live long enough to celebrate more anniversaries with my wife. Last year, my doctor found a drug that worked far better than expected on my cancer — sending it into remission for the first time ever.

However, my medical team had to go to great lengths to pressure my insurance company to approve coverage of this life-saving drug.

This year, when it came time to renew my prescription, the insurance company told me the drug that worked so well to fight my cancer isn’t “medically necessary.” After several rounds of appeals they finally approved it, but would not pay for it. I was looking at a bill of $23,000 a month to pay for my medication.

After more appeals, and almost two stressful months without the drug when my body went into a steep decline, we finally got Carefirst to do what it’s supposed to: pay for the medication I need to stay alive.

As I’ve taken on the physical toll of fighting cancer, I’ve also been forced to shoulder the emotional stress of fighting to get the care I need and not knowing if I’ll get it. Some days, it’s extremely difficult to bear.

And I’m one of the lucky ones. I have “good” insurance, which gives me more options than the millions of Americans who are uninsured or underinsured.

Meanwhile, some of the nation’s biggest health insurance companies doubled their earnings during the pandemic.

This pandemic has made it clearer than ever that we need Medicare for All.

Our nation must follow the lead of so many other nations around the world and create a single-payer health system. This would save almost 69,000 lives per year — and more than $450 billion, according to the Lancet medical journal.

And we would lower staggering prescription drug costs like mine.

As the single entity buying medications for millions of Americans, the U.S. government would have the purchasing power to force Big Pharma to agree to major cost concessions. This is already being done in the Pentagon, the Veterans Administration, and countries throughout the world.

Today, I’m saying: Not one more.

As a member of Our Revolution and Healthcare is a Human Right Maryland, I’ll be urging every member of Congress to sign on to the Medicare for All Act of 2021. Join us and help secure health care as a human right for all of us — and for generations to come.

END_OF_DOCUMENT_TOKEN_TO_BE_REPLACED

Clifford Michel, THE CITY This article was originally publishedon Mar 25 at 10:32pm EDTby THE CITY The landmark deal struck by Gov. Andrew Cuomo and the state legislature Thursday to legalize recreational marijuana in New York State reportedly includes one of the country’s most ambitious social equity programs.

END_OF_DOCUMENT_TOKEN_TO_BE_REPLACED

April Dembosky, KQED   March 25, 2021 For months, journalists, politicians and health officials — including New York Gov. Andrew Cuomo and Dr. Anthony Fauci — have invoked the infamous Tuskegee syphilis study to explain why Black Americans are more hesitant than white Americans to get the coronavirus…