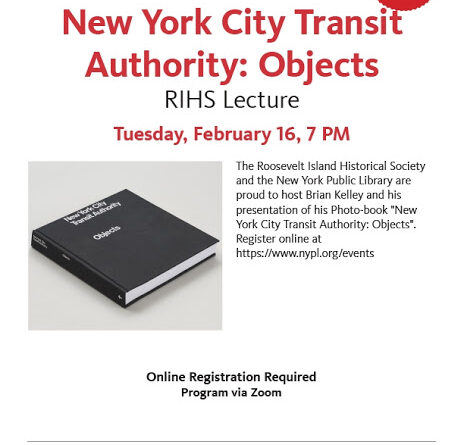 According to Standards Manual:

Kelley started collecting MTA MetroCards in 2011, and he quickly became
fascinated by other Subway-related objects. This catalogue is the first of
its kind — presenting a previously uncollated archive of ephemera dating
back to the 1850s.

According to the
New York Public Library:

The Roosevelt Island Historical Society and the New York Public Library are
proud to host Brian Kelley and his presentation of his Photo-book “New York
City Transit Authority: Objects”.

Brian Kelley (b. 1988) moved to New York City in 2006 and received his
BFA in photography from the School of Visual Arts. Kelley’s work resists the
hurried march of consumerist modernity, seeking to halt the cyclical emptiness
of our material lives to capture a sense of culture at “the end of
history.”

A mixed-media approach has allowed him to pursue artwork with disruptive
capacities—exhaustive research, slow & meditative composition, and the
repurposing of photographic mediums—all employed to reveal the artifacts left
behind by the precession of simulacra. Kelley was born in Horseheads, NY and
currently lives in Lumberland, NY 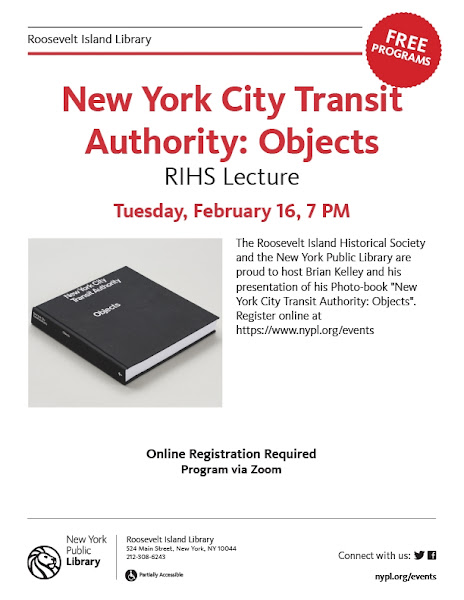 Curbed has more on the book here.