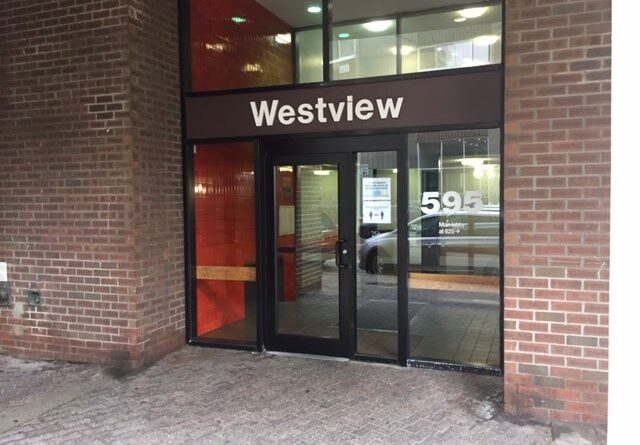 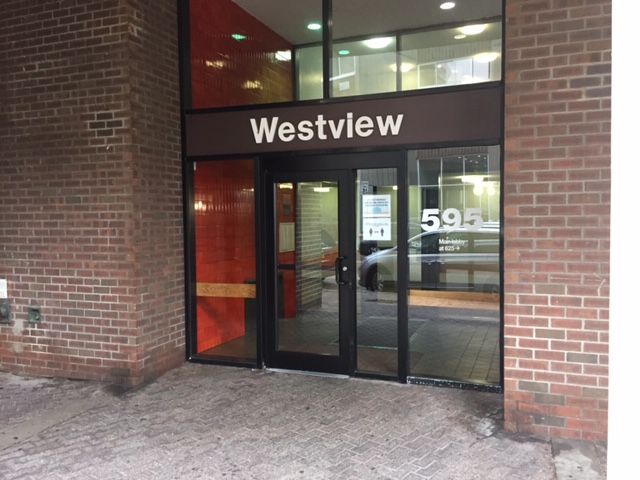 On a regular basis over the last 2 1/2 years,  Roosevelt Island
Westview 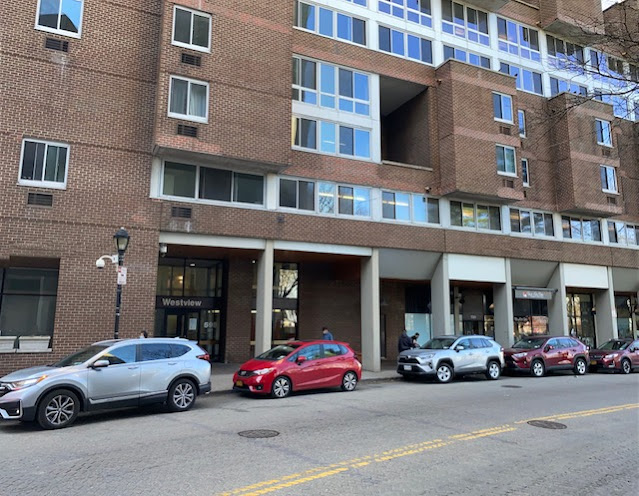 residents have been asking about their building’s privatization and affordable
co-op conversion plan status, expressing frustration 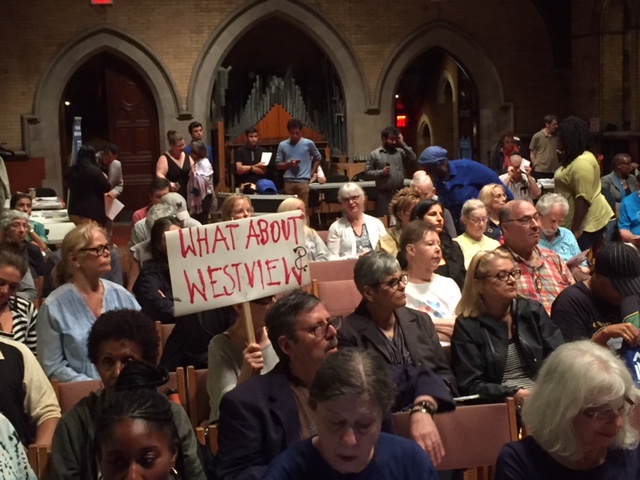 at not getting any information
from the building ownership or the Westview Task Force, purportedly
representing the residents:

I am a tenant at the Westview. Although the deal on the building’s
privatization has been reached 2 years ago, nothing happened since then. And
we get no info on the process from anyone..

We are very pleased to inform you that the NYS Attorney General has
accepted the Westview Affordability Plan allowing Westview to proceed with
conversion of the building.

In the coming weeks, the Sponsor plans to distribute the approved
Offering Plan (aka Black Book) to all tenants.

Once the Black Book is available our attorneys will provide a summary of
the approved Plan.

We also plan to schedule Q/A sessions (virtual and/or voice) regarding
the Plan and next steps.

It has been a long wait for everyone and we are thrilled to share this
news with you today.

Thank you to all for your patience and support.

On Monday, April 5,  David Hirschhorn, the managing member of Westview’s
ownership, confirmed acceptance of the offering plan by the NY State Attorney
General. 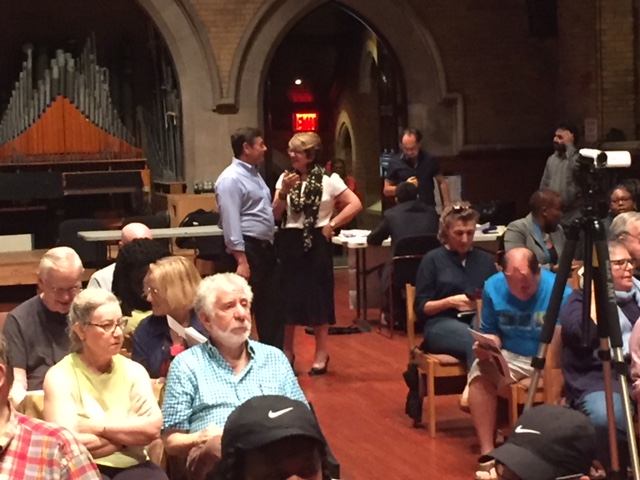 Mr Hirschhorn issued this statement on behalf of the Westview
ownership:

Perched atop the East River on Manhattan’s Roosevelt Island, coop apartments in the 19-Story, 360 unit Westview Apartments will
soon be offered for sale. The New York State Attorney General has
just accepted the offering plan for filing allowing sales of these
much anticipated coop apartments to proceed. “We are extremely pleased to now be able to move forward with the sale of these apartments to
both our existing tenants, who have so patiently awaited this day,
as well as to new individuals and families looking for reasonably
priced highly customized renovated apartments on Roosevelt Island,” says David Hirschhorn,
managing member of the developer, WV Preservation Partners, LLC,

Westview was one of four original Roosevelt Island buildings that
were developed in the 1970s as part of the New York State
Mitchell-Lama program providing affordable housing for middle income
residents. In 2018, Westview withdrew from the program – the last of the island buildings to do so. “We are very appreciative of the tremendous effort and support that we received from our State partners, including the Governor’s Office, the Division of Housing
and Community Renewal, the Roosevelt Island Operating Corporation and Empire State
Development, without whose participation in this public – private partnership the conversion of Westview and the preservation of affordable housing would not have been possible,” said David
Hirschhorn.

In 2015, the same developer successfully converted Island House,
Westview’s sister property next door; it was extremely well-received by both existing residents and
outside purchasers.
As in Island House, Westview will offer existing tenants the
unprecedented opportunity to purchase their apartments for well
below market prices or, for those tenants who elect not to purchase,
they will be able to continue to rent their apartments with rent
increases based on the RGB increases (although the apartments are
not rent stabilized).

“Buyers looking to experience Manhattan’s best kept secret will soon
have the opportunity to purchase fully renovated units with high end
finishes and unparalleled Manhattan views on Roosevelt Island – only 90 seconds to the East Side. Its like living in your own
private park,” says Alyssa Brody of the Development Marketing Team ([email protected]). A limited number of similar residences are immediately available
at Island House.

Have there been any changes to the Affordability Plan since agreed to by owner
and residents?

No material changes, other than that I have more grey hair now.

This has been a long anticipated outcome.

Co-op living is real investment in community. Roosevelt Island has peaked a
lot of interest from off-island buyers lately, and if that can benefit
Westview sellers that have been waiting through this process, than that’s
great.

It’s also exciting that new co-op owners, that are able to buy their own
units, will enjoy the benefits of ownership. Roosevelt Island has a deep
community history, and folks continuing to rent in Westview will hopefully
enjoy building improvements and shareholder vested interest in a great new
co-op.

As reported July 23, 2018, the
NY State Department of Homes & Community Renewal
(DHCR) approved the terms of the Westview Affordability Plan as
detailed in this memo of support to the
Roosevelt Island Operating Corp
(RIOC):

The decision to be made is whether the State (ESD, RIOC, and HCR) should take
the necessary steps to approve an affordable home ownership conversion plan
for Westview on Roosevelt Island. The Plan provides for current tenants to be
able to purchase their apartments at below market value with non purchasers
receiving guaranteed rent protections. In approving the Plan, the State will
need to extend the Ground Lease as follows: an increase in effective annual
ground to $325,000 escalating by 10% every 5 years through 2048 and then 4%
annually through 2068.

The reasons to support the Plan are as follows:

Westview is a 361 unit Mitchell-Lama rental housing development on Roosevelt
Island. In 1969, the City of New York leased Roosevelt Island to the Urban
Development Corporation (UDC) for a period of 99 years. A master development
plan, later amended, for the creation of a mixed income community was
implemented. UDC (now known as ESD) thereupon entered into subleases with the
four housing companies developed under the M/L program, Westview being one of
them. The Westview sublease (hereafter referred to as the “Ground Lease”)
expires in 2028.

Westview is organized pursuant to Article II of the Private Housing Finance Law
(PHFL); Section 35 of the PHFL allows a M/L housing company to voluntarily
dissolve (buyout), without the consent of the Commissioner, upon prepayment of
its mortgage after twenty years from the date of initial occupancy. Westview is
currently eligible to voluntarily dissolve. Of the 282 State M/L(s) originally
constructed, 133 have bought-ought of the program.

Starting with the Spitzer Administration, a policy initiative was developed to
aggressively pursue the preservation of M/L companies as an affordable resource,
and these efforts have been greatly expanded upon during the Cuomo
Administration. In the case of Westview, we engaged the owner, David Hirschhorn,
to discuss the possibility of a conversion to a Business Corporation Law (BCL)
cooperative (but with long-term affordability restrictions) modeled on the
cooperative regime implemented as part of the 2012 buyout of Westview’s sister
property, Island House, from the M/L program. Mr. Hirschhorn has agreed to such
an approach, and the current Plan under consideration is the product of our
negotions with him and his subsequent agreement to proceed on such basis.

The major provisions of the agreed upon Affordability Plan are as follows:

While the negotiated ground lease terms are less favorable than what RIOC had
sought based on its appraisal of the land (and admittedly represent a lower
percentage of notional value than was achieved as part of the conversion and
exit from the M/L program of Westview’s sister property, Island House, in
2012), the negotiated Westview lease terms nonetheless represent in whole
dollar amounts a reasonable improvement over what was achieved at Island House
($236,000 per year) in 2012, and constitute a critical and necessary component
of the grand bargain being struck with the owner that is enablingWestview to
remain affordable for renters for 30 years and to offer affordable
first-time homeownership.

Other than the 2012 conversion of Island House, there has never been a
successful conversion of a State Mitchell-Lama rental to affordable home
ownership (a NYC supervised M/L, West Village, has been successfully
converted). The difficulty encountered is the need to satisfy the goals of
both the owner and residents, while maintaining affordability. On the one
hand, the owner is being asked to leave some money on the table (it has been
pointed out that, in this case, the owner’s profit potential is somewhat
limited by only 10 years remaining on the existing ground lease) by offering
the sale of units at 30% of market. From the perspective of those tenants
considering purchasing, they are being asked to make a fairly significant
investment and not only must determine whether the additional monthly cost is
affordable but whether the potential return justifies making the investment.
Also a factor for the tenants to consider is the owner’s right to exit the
Mitchell-Lama program and operate the property as a market rate rental which
likely will cause a significant number of families to have to relocate.

In sum, we are attempting to achieve a balance as to the owner’s and tenants’
interests and, once having done so, incorporate additional restrictions so
that affordability for future residents and non-purchasers is being
achieved.

To summarize, an agreement has been reached among the involved parties to
offer an affordable home ownership opportunity to Westview tenants while
preserving long-term affordability for those who choose not to buy and instead
continue to rent. Further, an agreement has been reached to extend the Ground
Lease between RIOC and the property owner, a necessary action to implementing
the conversion. The agreement was successfully negotiated with the knowledge
that a failure to do so would result in Westview’s withdrawal from the M/L
program and it becoming a market rate rental.

The structure of the conversion plan – insider pricing, flip taxes, resale
prices, capitalized reserves, and regulated rents, etc. – negotiated between
the owner and the Tenant Association representatives – was presented to the
tenant body and received overwhelming support. Also, future ground rent
payments through the end of the extended lease term have been settled upon
between the owner and RIOC, which effectively reach market levels during the
post-affordability term. We view the agreement in its entirety as successfully
achieving the State’s goal of preserving Mitchell Lama housing as an
affordable housing resource and recommend you support the Plan.

Here’s video of the July 23. 2018 RIOC Board Meeting
approving the Westview affordability plan.