Mr. Goodman shares his memories of a Roosevelt Island childhood from another time and place.

I grew up on a small island in the middle of New York City.

Roosevelt Island is like the Oreo filling between Manhattan and Queens.

It’s 2.5 miles long and smack-dab in the middle of the East River.

Yet, if you ask any New Yorker, they’ve probably never heard of it.

No, that’s where the concerts are.

No, that’s the Coast Guard Island.

No, that’s the prison.

The one with the Tram. 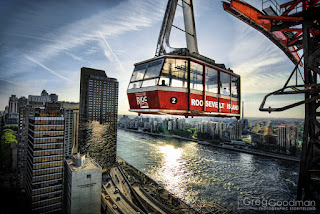 It’s also the one with …

Ruins of a smallpox hospital.

Amazing skyline views at every step

I’ve traveled the world — Roosevelt Island is still the place I most want to go back to.

Roosevelt Island is my happy place.

It’s home — even though I haven’t lived there in 13 years.

When you walk the outer rim of the island, it feels like The City is a world away. 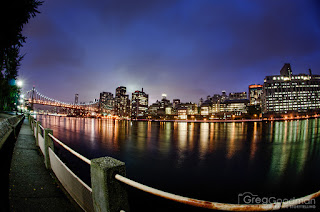 I have so many timeless memories from every inch of that walk.

So many conversations and shenanigans with so many amazing friends over the years.

In the 1980s, the island was mostly grass, trees, parks, and nature.

There were only four buildings, one street, a free red bus, and a narrow drawbridge to let cars on and off.

You needed a pass to park on the street. These large, colorful pieces of paper could be obtained from a booth near the bridge when you entered the island … or, from the public safety office.

You couldn’t have dogs because they didn’t want them pooping all over the place.

I got to ride an aerial cable car over the river to get to school every day. 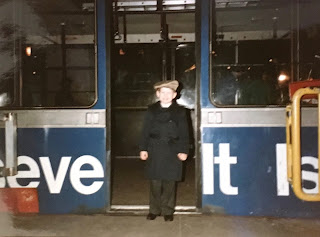 Because of our proximity to the United Nations, we had countless dignitaries (and their kids) living on the Island.

On the southern tip, a tall, green, wooden fence blocked off a collection of dilapidated ruins. It was very easy to climb around the fence and explore the other side. 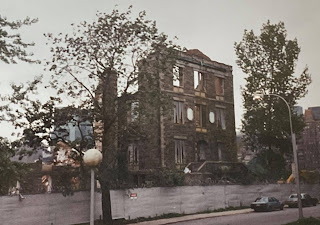 There was also an abandoned mental hospital called The Octagon. That was another favorite “haunted” place for us kids to sneak into. (Today, it has been converted into high-priced, luxury condos.) 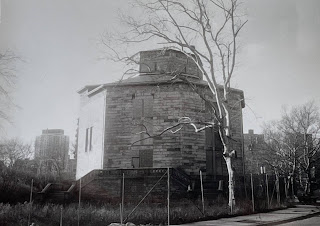 On the northern end of the island, an old lighthouse was surrounded by majestic weeping willow trees. Countless picnics, bbq’s, family events, reunions, and other gatherings have been held there.

Each year, the Island hosted a Halloween parade. Kids of all ages dressed up, marched down the street, and bobbed for apples at the end.

Later that night, the street inevitably hosted an epic egg fight that left it stinking for days. 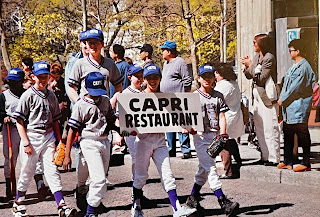 Day camps and after school programs

A public elementary school (I was there from K-3)

A Chinese restaurant with an ever-changing name

Sketchy pop-up carnivals by the tram

Playgrounds that left splinters in your hand after each visit

A restaurant that got busted for selling drugs. (As a kid, I always thought they put these drugs in the hamburgers so you would get addicted and come back for more) 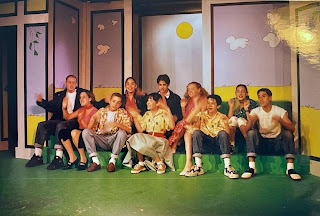 For 10 years, I acted in a collection of musicals and dramas.

In my spare time, I served as stage manager and assistant sound booth operator.

The Island is quite different these days.

The mixed-race, mixed-income, nature-filled utopia that I grew up in has been replaced by something that feels similar to the rest of the city.

Open, overgrown fields have been replaced by an ever-increasing number of overpriced condos.

Local drug stores and restaurants have been replaced by Duane Reade, Subway, and Starbucks.

My friends are long gone, though my mom still lives there.

And yet, it’s still my happy place. 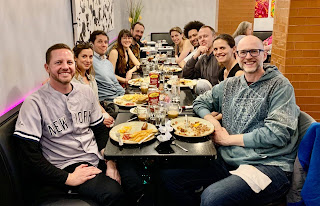