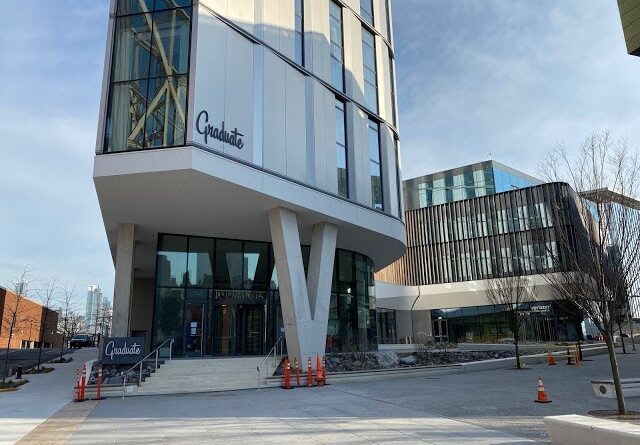 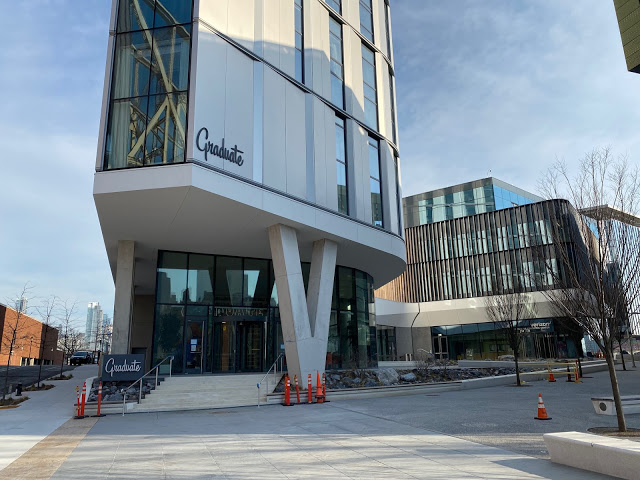 Casting a host of Caribbean descent for a hotel commercial for the Graduate
Hotel, which will be the first hotel to open on Manhattan’s Roosevelt Island,
situated beside Cornell Tech. In the hotel’s first commercial spot, the
Caribbean travel host will explain in an upbeat, cheerful, and excited manner
how great the island and hotel are, especially when compared to the many
nightmares of life in Manhattan.

and from the working draft script:

New York City. The epicenter of the universe. An exhilarating place to live…

But sometimes being trapped in this beautiful melting pot shoulder to shoulder with two million mouth-breathers can make you go a little cuckoo inside.

Now what if I told you there was a quaint island where you can escape the cesspool of garbage and performance artists wearing only body paint and underwear and people casually reading Infinite Jest.

A place where you can look up and not see scaffolding, and live with no worries of building facades crumbling onto your face resulting in a gruesome public death.

Well, there is. And you don’t even have to deal with that voodoo devil construction hellhole known as LaGuardia to get there. Or even worse, drive to freaking Newark through the Holland Tunnel that for some reason smells like moldy syrup.

It’s right there, across the river. Literally 0.2 miles by boat or tram. The beautiful island we call Roosevelt… Island….

Click here for the rest of the script and audition information.

The Roosevelt Island Graduate Hotel will have a rooftop bar and ground floor restaurant too, but their opening date has not yet been announced. The restaurant/bar operators, Meal Plan, have job opportunities available.