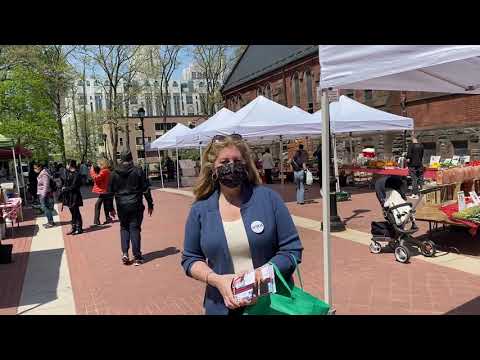 According to the NY Times:

The race to become Manhattan’s next district attorney is shaping up to be one of the most important in decades, a watershed contest that is likely to fundamentally change the mission of the prominent office and may affect the future of former President Donald J. Trump.

Yet the eight candidates are all relative unknowns, and, with no public polling, there is no clear front-runner. The victor is likely to win the general election in November without having received a majority of votes in the Democratic primary.
…

Diana Florence is among the candidates seeking to replace Cy Vance as Manhattan District Attorney. According to Ms Florence’s website:

Diana Florence began her career as a prosecutor 25 years ago in the Manhattan District Attorney’s Office, putting people first. There she fought for people who never thought they’d win, going after powerful interests and large scale corruption. She won landmark convictions against companies and individuals for defrauding 9/11 charities, terrorizing the elderly, domestic violence, wage theft, and deadly work conditions. She held powerful interests accountable by prosecuting developers and construction companies for cheating workers and taxpayers. In a historic case against Harco Construction, she ultimately secured justice for the family of a 22 year-old construction worker, Carlos Moncayo, who was buried alive at work….

Ms Florence was at the Roosevelt Island Farmers Market last Saturday speaking with residents about her run for Manhattan District Attorney and local issues. I spoke with her too. Here’s what Ms Florence had to say.

Learn more about Ms Florence’s campaign for Manhattan District Attorney, experience and views on issues at her website.

I am launching my campaign for Manhattan District Attorney! We need a DA who puts people first.
📺 WATCH MY CAMPAIGN VIDEO 📺 pic.twitter.com/qKhY1ApNxH

The Gotham Gazette has more information on all the candidates for 2021 Manhattan District Attorney election.